The Claire Arnold-directed video showcases the first track from her upcoming EP, Drone.

GLOR1A exudes a futuristic sensuality in the emotive video for her new track ‘Juice’, produced by FDM pioneer Epic B and released on GAIKA’s The Spectacular Empire label. 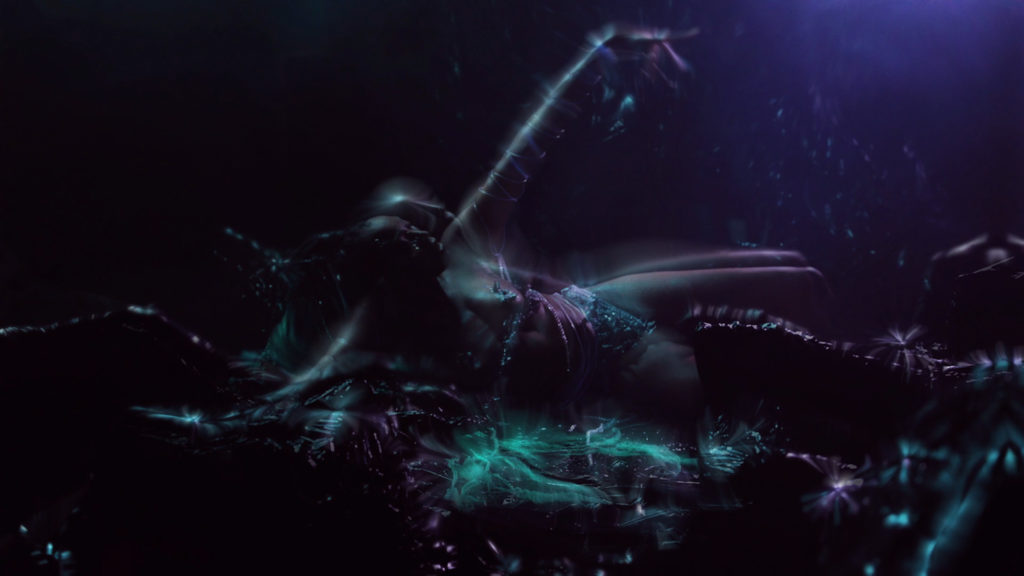 “To communicate in love and lust is our oldest sensual pleasure,” GLOR1A says. “During times of restraint, this track reminds us of the beauty of the other human — to honour their existence and reach ecstasy to release tragedy.”

‘Juice’ is taken from her upcoming second EP, Drone, which follows last year’s debut EP, Testify, also released on The Spectacular Empire. GLOR1A is also part of Nine Nights, a channel dedicated to showcasing Black artists run with GAIKA, Shannen SP and Zara Truss-Giles. She is also working on SWARM, a video game and performance environment developed by an all-woman team.

Watch next: Yves Tumor is embroiled in a surreal love triangle in ‘Kerosene!’